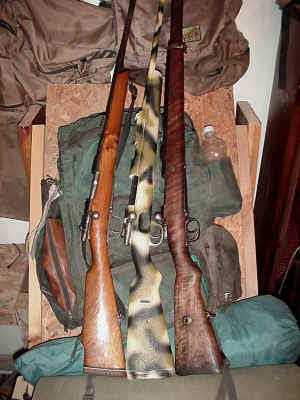 Another Krylon Commando special. This one was a Turkish Mauser at one time. As the author of the webpage I found this on states, many people feel that "thousands going for $39 and up. With prices like these, even if the gun dies during surgery, who cares?" I bet people used to say that about well-used but original Ford Model Ts back in the day, before buying them for their kid to chop into a piece of crap jalopy for high school. Those aren't to0 common anymore, and original Mausers won't be for much longer either. Pity.
Posted by MauserMedic at 8:02 PM 2 comments:

Last week, we saw a high-quality Bubba'd Mosin rifle made into pistol. Although the collector in me hates to see non-standard permanent mods to an issue rifle, I thought the execution of the concept was very well done.

That's not the case this week.
Posted by MauserMedic at 8:39 PM 7 comments:

Ibuprofen: It's What's For Dinner 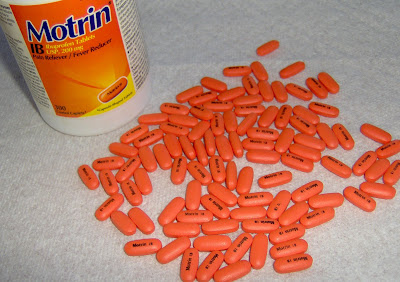 Time: the more you have of it over your life, the less it takes to start stiffening up after the APFT, and a damn sight more to stop hurting. I hate you, young people.
Posted by MauserMedic at 8:36 PM 3 comments: 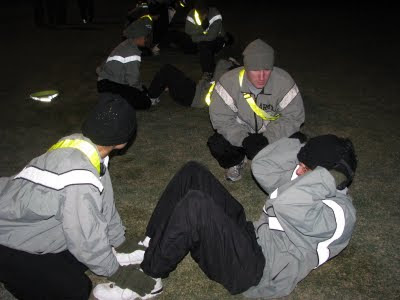 gone. I'd write more, but it would be irritated, self-pitying drivel, so screw that. Going to bed so I can go through the annual Army-mandated physical fitness test tomorrow AM. I'll be studying with a six-pack tomorrow evening, I think.
Posted by MauserMedic at 8:19 PM No comments:

As I've out with one of the Mosins lately, here's a little gun butchery along those lines.

What do you think the recoil would be on one of these?
Posted by MauserMedic at 6:11 PM 3 comments: 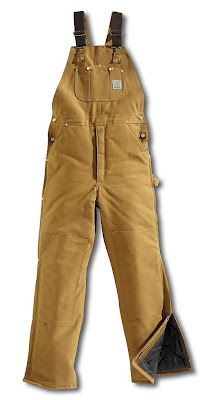 Actually made it out to the range for the first time in months, which is way too long. And instead of being 28 degrees, it was a balmy 42, with a 10mph wind out of the very flat, unobstructed west. Anticipating this, I decided to take my snowblowing gear, which is a set of lined Carhartt bibs and jacket.

Getting to the range, I was a little suprised there was anyone else there, but there was one pistol shooter with his very supportive wife/girlfriend/something, who looked decidedly cold. Shortly after this, another two pistol shooters showed up, one of them shooting in jeans and a t-shirt. I love shooting, but not enough to freeze my ass off for a fifty round plinking session. Then again, he was probably wondering why some guy was shooting an antique dressed like a construction worker in January. Hey, at least I was comfortable, even lying on the ground for an hour of prone unsupported at 200 yards.

Some realizations from this session:

With the right weather and a good tin roof overhead, the 7.62 x 54R makes a beautiful rolling boom that really stands out on the range;

My AR fires Brown Bear 62 grain softpoints without a hiccup;

Two years of no shooting past 50 yards takes a noticeable toll on my skills;

Carhartts are a great product;

I may start doing some winter shooting if I can be as comfortable as I was today.
Posted by MauserMedic at 6:40 PM No comments: 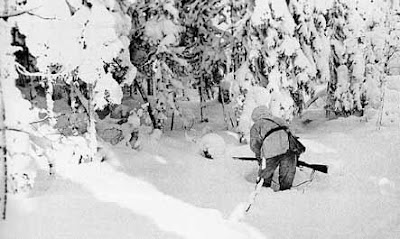 I was planning on setting aside some time to work with my AR tomorrow morning.........

but it's supposed to be about 28 degrees.

I actually have worked with M16A2s in in sub-zero temperatures. Wisconsin in February is a suck-ass place to have three days of range time. Although it was interesting watching the Colorado Guard try to shoot under those conditions with nothing but M-65 field jackets and leather glove shells for hand protection. Anyhoo, 16/ARs need extra attention when the temperature drops below freezing. Maybe things are different with the A4s and civilian models these days, but somehow I doubt it. So, if I'm willing to submit my arthritic carcass to a little cold (and in Iowa, 28 degrees is just a taste of what's to come), what would be a little easier to work with?

Why, a Mosin-Nagant 91 modified by the Finns, I suppose. Reliable and proven in winter conditions far worse than what I'll see tomorrow, and with far more thumpy goodness than my poodle shooter.

Plus, I'll bet I have the range to myself.
Posted by MauserMedic at 8:44 PM No comments: 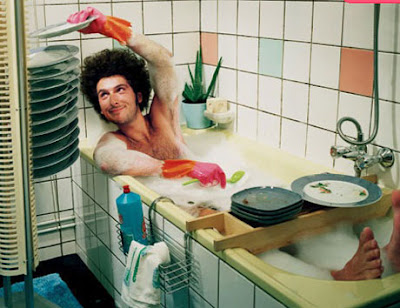 What could be more character building than setting a rifle and ammo by the back door on a sunny, 62 degree fall day off from work, and then doing chores until it's too damn late to get to the range?

Beats the hell out of me, but I managed it. Nearly 2200 hrs, and that rifle is still by the door.

Just about as rewarding as a kick in the ass, though.
Posted by MauserMedic at 7:54 PM No comments: 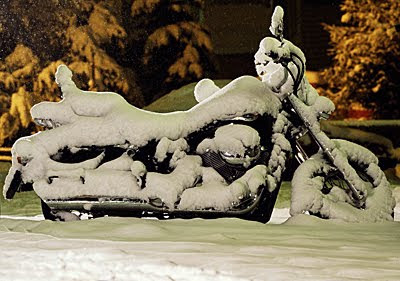 The cycles are are trailered for winter, all the wood is split and stacked, and the lawn mower is stored. Now the six month wait for the weather to be good enough to get the bikes back out starts.
There's been a number of years where I've ridden well into November, but those summers weren't short, cold, and wet like this one. I'm guessing this winter will be early and hard, so the riding season is pretty much over for me.
I gotta get a job further south.
Posted by MauserMedic at 7:48 PM 2 comments:

Here's one that's something of a departure; an ugly gun that's worth a great deal of money.

This one is a Bittner lever action pistol in 7.7 mm Bittner. A repeating pistol with 6" octagonal barrel with matted top flat, tall front sight and an unusual ramp rear sight graduated to 150 meters. This is a stripper-magazine-fed pistol with the housing in front of the action with checkered wood panels on sides. The action mechanism is unusual in that the bolt stays fully retracted until the ring trigger is pulled which moves bolt forward stripping a round into the chamber. The ring lever has a slot in the back to allow the trigger contact with shooter's finger which releases when bolt is fully closed. Per the web page it was found at, it appears less than 500 of these rare pistols were made in 1893. As noted by the page's author, when a pistol is scarce, a magazine and cartridge are even more so. Asking price for this particular piece is $17,500.

More images are at http://www.horstheld.com/0-Bittner.htm
Posted by MauserMedic at 7:35 PM No comments: