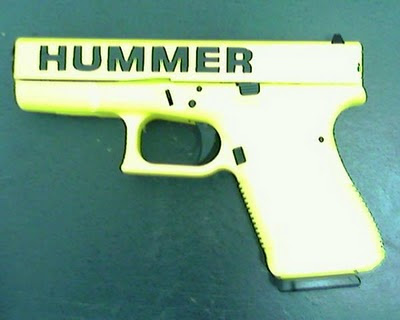 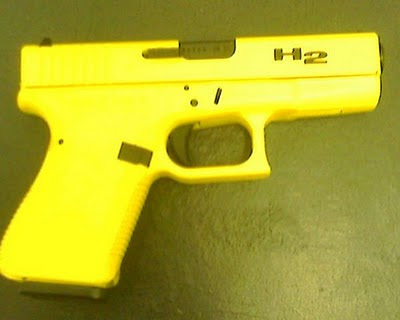 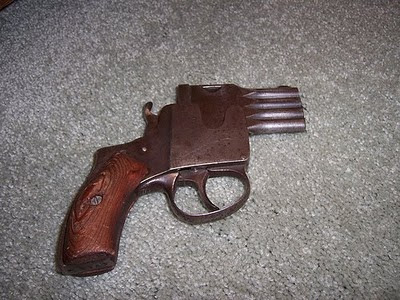 One of the things I've been doing while home on leave is cataloging my gun collection. One of the older pieces I have is this this Colt New Army & Navy Revolver. These have a rich, although not particularly successful history.

This revolver had a counter-clockwise rotating cylinder, opened for loading and ejection by pulling back on the release mounted on the left side of the frame behind the recoil shield. Rounds or empties were extracted by pushing the ejector rod to activate a star extractor. Reloading was accomplished by the method common to most modern revolvers. Sights, as seen above, were a basic rounded front blade and notched topstrap. Sources I've read note thant the finish on all military revolvers was blue, with civilian guns having a nickeled finish as an option.

The revolver became known as the New Army and Navy after acceptance by the Army in 1892. User feedback resulted in a series of improvements over the years. Although apparently revolvers intended for the civilian market retained the name through the refinements, the military continually updated the designations resulting in the Models 1892, 1894, 1895, 1896, 1901, 1903, and the Model 1905 Marine Corps revolver.

In the case of my pistol, it's evident that the cylinder was blued. I strongly suspect someone decided spend several hours with a polishing wheel on the rest of the revolver, rather than being a nickel finish. If so, the value on this gun is severely diminished, as well as the very worn condition of the cylinder. This leads me to consider possible re-bluing this gun. I normally stay away from refinishing guns, as I tend to look at things from a collecting point of view, rather than a utility or attractiveness perspective. But in this case, if the value is truly minimal, this piece may be best refinished, and placed in a shadow box on the wall. To me, it essentially comes down to what would be the most correct finish; if it's been "unofficially" altered by a someone with a power tool fetish, why not take it back to facsimile of it's original appearance. If it's simply had the cylinder swapped out at some point, it'll probably go up on the wall as is.

Thoughts?
Posted by MauserMedic at 10:48 AM 5 comments: 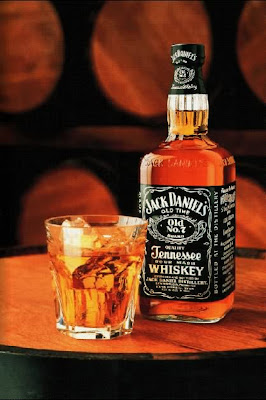 I'm on leave currently. So, I'm indulging in hedonism on a vast scale while the getting's good.

Actually, I'm doing small jobs around the house I didn't have time to get to before leaving the first time. Such as completely cataloging my firearms collection, minor woodworking, small repairs, etc.

Thus, I'm giving even less time to this blog than usual. However, I've got some catching-up topics waiting in the wings. Also, there will be some upcoming changes when I get back in theater as to where I'll be stationed, and my activities. So hopefully there will be some items of interest coming up.

But in the meantime, I'm being lazy.
Posted by MauserMedic at 8:13 PM 3 comments: 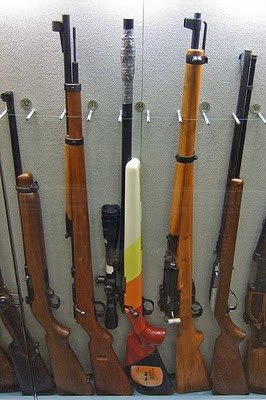 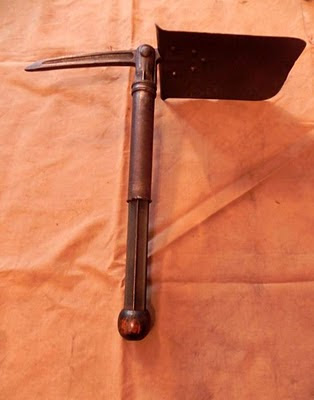 I've added a new site to the blogroll: Weapons, Warfare, & Industrial Idiocy. Some great content on a range of things made out metal, and intended to break, bend, or penetrate stuff.
Posted by MauserMedic at 5:36 AM No comments: 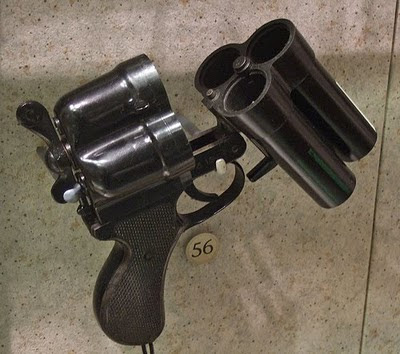 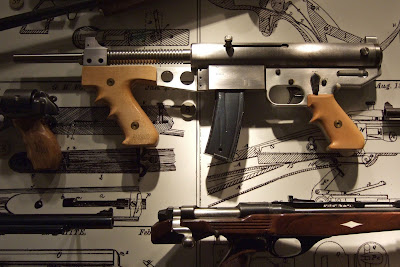