Posted by MauserMedic at 6:12 PM 6 comments: 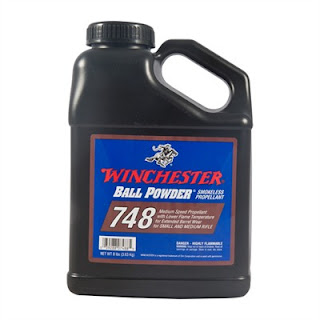 By chance, I found a single 8 lb jug of Winchester 748 gun powder while stopping in to check out a small town sporting goods shop today. $161, plus tax. A quick check of the smart phone verified that it was cheaper than going through Midway for a single jug of the same size.

If they'd had any.

So I have enough powder to do a good bit of reduced-charge loads with cast bullets in the old military bolt guns this summer, along with the occasional full power loads. Pity that my cast bullet handloads now cost what surplus military cartridges did not so many years ago. 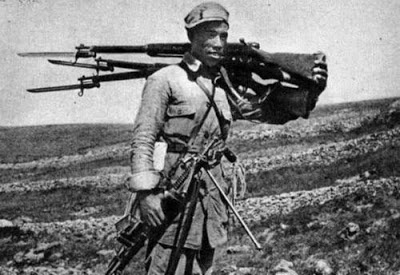 At least that's what my neighbor thought he had. A couple of Japanese Mausers that someone had given him in the '80s.

Given my collecting habits, I had a fair idea of what he was talking about, but I like all old military bolt guns the same way I like all dogs: they don't have to be expensive purebreds to be fun and interesting.

The next comment got my attention again, although not in a good way: "Gimme a minute, and I'll get'em outta the shed". Which is apparently where they'd been for at least a decade, given the rust, cobwebs, and dead insects piled up in the chambers. But they were fairly secure from theft, given they were behind an abandoned filing cabinet in a dark second story corner of the building.

A brief inspection verified that all the important parts were there, and that they were Arisakas. One in 6.5 mm, and one in what appeared to be 7.7 mm, making me think it was a Type 99 initially. While I was pawing the goods, the neighbor is telling me how the factory cartridges he had (6.5 Japanese, it turns out), fit real good in one, but didn't work in the other. Comments like that tend to worry me, given the obvious bore difference. I followed that up with a short review of 6.5 and 7.7, the Type 38 and Type 99, and then off we went to find my stash of 7.7 brass.

Which didn't fit. Could almost close the bolt, but just a hair short. Time for a closer look at this rifle. No mum, not even a ground one; a "79" on the receiver; and most interesting of all, a .311 jacketed bullet dropped from the muzzle through the bore like a rock down a well. Check the bore then- the rifling is worn, but present, unlike the nifty Japanese rifle I bought full of cosmoline, only to find I'd purchased a smooth-bore training rifle after a good cleaning.

Now I'm thinking that "79" isn't some kind of factory marking. That's reinforced by the .323 jacketed bullet sitting in the muzzle very nicely. And  a sized piece of 7.9 x 57 brass snapping into the chamber with ease.

A review of the loading manuals for cartridge dimensions showed the 7.7 being 0.02 inches longer than the 7.9 at the leading edge of the shoulder, explaining the near fit of the 7.7; a little internet research turned up the information on the Nationalist and Communist Chinese use of converted Type 38s, including their use in Korea, as well as the same receiver markings.

If I'm correct, what the neighbor has is a Type 38 that's been to China during WWII, captured/turned over to the Nationalist Chinese who arsenal re-chambered it in 7.9 x 57 (no surprise, given Mauser and the Chinese Government's long association), which was then taken by/given to the Communist Chinese, who issued it to some troop sent over the Yalu River in Korea at some point, where it was dropped/surrendered, and brought home by the father of my nieghbor's friend, who brought it to him since he couldn't get it work. 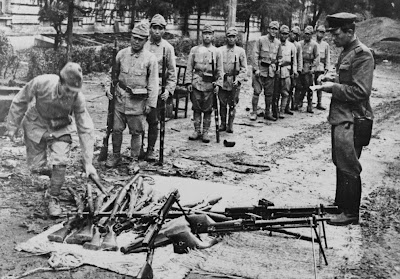 Today, we'll be taking that rifle out. Now freshly cleaned of rust, dirt and old grease during a detailed cleaning, and freshly oiled inside and out. The bolt now glides in the receiver, closes with a satisfying snap, and the sear is back to the normal horrible military poundage rather needing a yank on the trigger. Underneath the handguard is the original military bluing. At one time, there was a handsome finish on that rifle. The rest is now at least a dark gunmetal color rather than reddish-brown. And the bore actually reflects light instead of swallowing it.

We'll see how she does.
Posted by MauserMedic at 6:51 AM No comments: 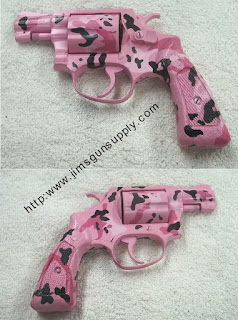 Why shoot an intruder when you can make him laugh so hard he's on his knees until help shows up?
Posted by MauserMedic at 6:59 PM 2 comments: 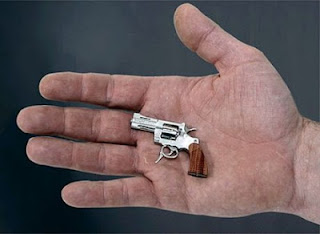 It occurs to me one of the reasons I like 7.62 bullets is that they are far less likely to get fumbled onto the floor when attempting to set them on the brass before seating. Also, I now remember exactly why I bought Dillon progressive presses. Single-stage reloading of any cartridge in quantity sucks. A lot. Especially with little tiny components.

Next purchase, .223 Remington cartridge conversion kit for a my Dillon 450.
Posted by MauserMedic at 7:02 PM 2 comments: 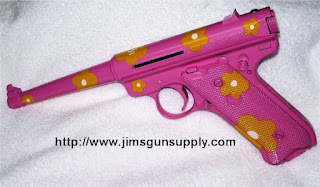 This is the type of finish I would expect to find on a shower curtain in a home with paintings of sad clown and Elvises (Elvi?) on velvet.

Posted by MauserMedic at 3:08 PM 5 comments: 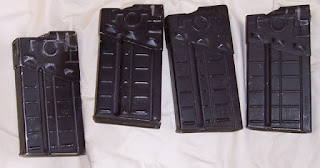 Work may suck, but I just stopped by the local Merchant Of Death to pick up 2000 small rifle primers, and had a box of 10 $4.00 G3 mags waiting for me when I got home. Makes the day better, it does.