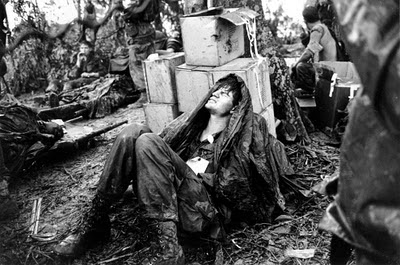 Had a patient today who is a Viet Nam vet, being seen for acute pain radiating down his leg. He mentioned to our nurse that it actually hurt worse than being shot, which was passed along to me to pass along to the radiologist. Unfortunately, there was a delay before the physician could get there, leaving me to keep the patient occupied. Which I'm happy to do, as I don't like sitting in a room waiting with nothing to do when I'm a patient either.

Asking about his pain led to the shooting incident in prior service. After he learned I'd been deployed, I spent the next thirty minutes listening to what it's like policing up the remains of tortured civilians after taking back a VC held village, being one of two men in an LP/OP while a squad of VC try to kill you, attempting to stay conscious while bleeding like a stuck pig so that your buddy has someone to cover his back while he returns fire, and the joys of recovery that takes place over three different nations. Oh, and how a paperwork error can get you sent back to Viet Nam along with a guy who has a very similar name, on the same plane, instead of the plane that was supposed to fly you back to the US for extended recovery therapy.

The amazing thing about this was the good humor and humility in how it was related to me. No bitterness, no self-pity.

I always feel privileged to work with vets.
Posted by MauserMedic at 7:22 PM 1 comment: 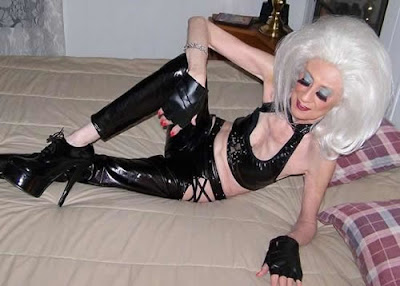 Apparently "cougars" are morphing into sabertooths. I honestly don't believe that just being elderly necessitates wearing "old people" clothes. I personally have no intention a developing a cardigan sweater collection or strapping my pants to my ribs as I age. On the other hand: if you're hitting the latter portion of your seventies, is wearing leopard spot high-cut panties to your medical appointment really a good choice?
Posted by MauserMedic at 3:43 PM 7 comments: 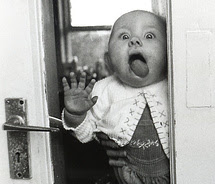 If you work in a hospital cafeteria as a cashier, isn't it a really bad idea to lick your fingers so you can make change faster? It's a bad idea anywhere, but inside a hospital?
Posted by MauserMedic at 3:49 PM 2 comments: 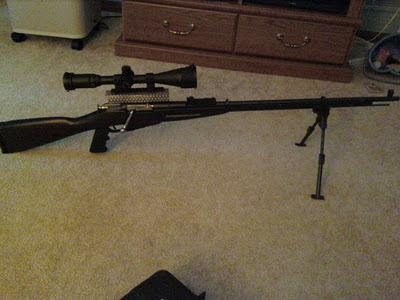 "Cheek-stock weld? Why the hell would I need that?"
Posted by MauserMedic at 2:30 PM 2 comments:

But It's Art, Right? 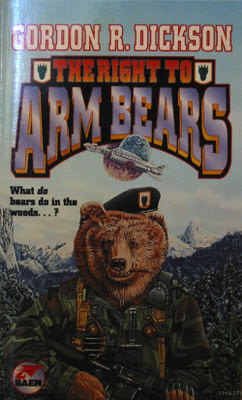 Did the publishers feel a need to mock the writers, or were they just dropping acid?
Posted by MauserMedic at 7:55 AM 3 comments: 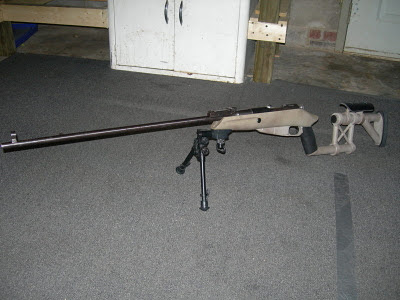 Posted by MauserMedic at 4:46 AM 4 comments: 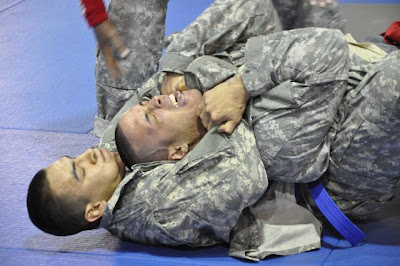 After spending a bunch of money to comply with an incorrect order, exceptionally poor communication, and a seven hour round trip to my current drill location to participate in two hours of "welcome home" activities, I can honestly say that while I truly enjoy having worked with many, many soldiers during active-duty deployments and weekend field exercises, I also have developed a deep desire to strangle a number of people who supposedly organize and plan activities.
Posted by MauserMedic at 7:55 PM No comments:

Get Off My Lawn 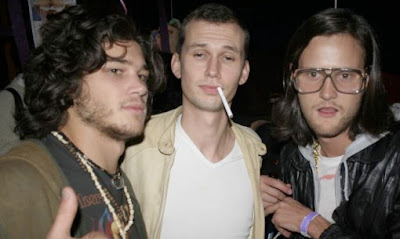 What the hell is it with young men looking like jobless, illiterate, dumpster-diving shitbags the last several years? Even on commercials for clothing, phones, and food, the "protagonist" of the commercial looks like they haven't held a job in years, or washed, shaved, or changed their clothes in the last several weeks. Is this what women in their twenties find attractive now? It's like a combination of the worst aspects of hippies from the '60s and slackers from the '70s.

I hope all their children are the future's version of Reagan Conservatives.
Posted by MauserMedic at 4:23 PM No comments: 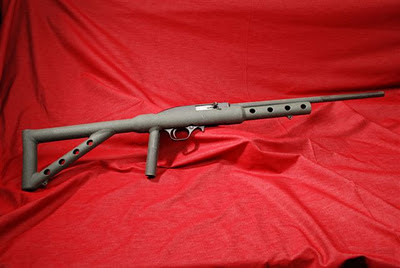 "Saw this at Cabela’s in Rapid City. Some metal tubing, a can of green spray paint, and jima Mossberg Plinkster, and you have…this."

Thanks to reader Ed for this symphony of welded tubing :)
Posted by MauserMedic at 3:22 PM No comments: 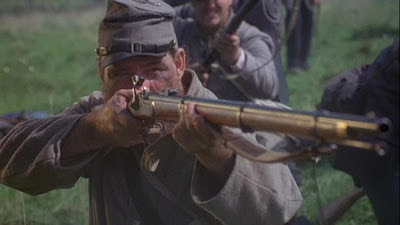 Having unjacked my reproduction Enfield Model 1853, I think I'll see if I can manage to run some rounds through it tomorrow. 60 grains of Pyrodex seemed to drive a .57 caliber round ball nicely for the whole series of three shots I had last time, although they were striking to the right of center. I've just lubed up 15 Minie-style bullets with a mix of paraffin and vegetable oil that has worked well for me in a Remington Rolling Block in .43 Spanish; I'm thinking it'll be interesting to see what I can get for five-shot groups at fifty yards with both types of bullets. If I can get some decent groups, I have up to 300 yards of range available to really see what I can do with the rifle.

With luck I won't freeze out at the range tomorrow.
Posted by MauserMedic at 9:36 PM 3 comments:

They Come In Threes? 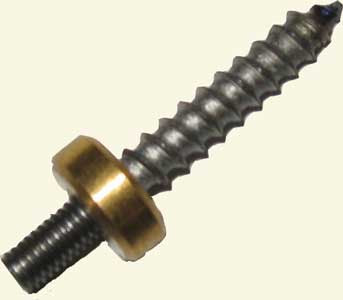 So far in the last week or so, I've broken the extractor on my 1911 (replacement cost was nearly 10% of what I originally paid for the pistol); separated the powder dispenser on my Dillon Square Deal B into two parts while turning a fair bit of expensive gunpowder into worthless junk on the basement floor; and as of yesterday afternoon, ramming a .58 caliber round ball all the way down my reproduction 1853 Enfield rifle. So far, I've managed to tap the ball with a puller, then have the puller rip out of the ball. I'll get that sucker sooner or later, but it's a serious pain in the ass.

I'm hoping that last event is the end of the trend.
Posted by MauserMedic at 6:15 PM 3 comments: 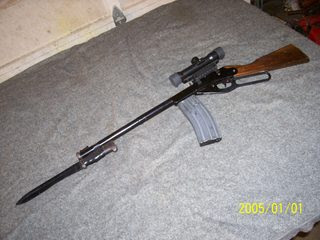 Yep, I know it's not a serious build. In fact, I do believe that's a Red Ryder at the center of everything. This was put together by an individual who knows how to orchestrate ugly.
Posted by MauserMedic at 6:06 PM No comments: 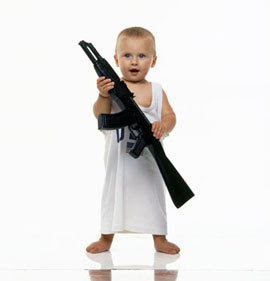 Because it's hard to haul three or more guns when you only weight forty pounds.....

Seriously, what a good idea. I hauled around a wheeled vertically stacked tool chest with my rifles strapped on top at CMP/vintage/high power rifle matches. The little 4-inch solid plastic wheels aren't that great off concrete or hard packed level ground.