A series of images taken on a flight from Jalalabad to FOB Gamberi: 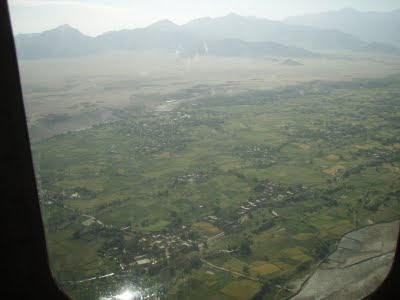 The sharp demarcation between desert and the cultivated areas around the river. 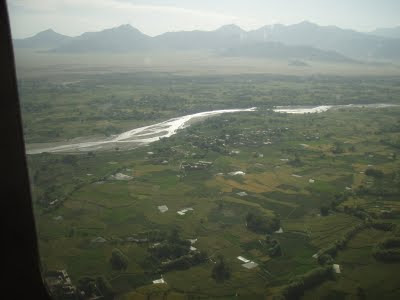 Shows again how close the agricultural areas are to rivers. 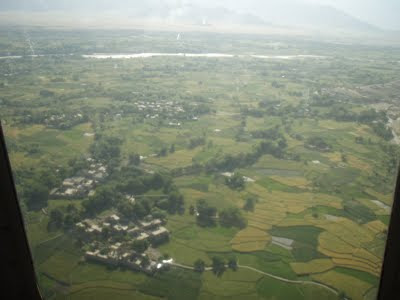 When you see these areas, you wouldn't know most of the country is rocks.
Posted by MauserMedic at 8:04 AM 1 comment:

And, the Kriss carbine in its current form. From what I read, the things are like Glocks. Reliable, efficient, and examplifying form following function.
Posted by MauserMedic at 11:08 AM 3 comments:

The Afghan Side of Bagram

Thankfully, the local Slurpee Mart is now totally safe from break-ins via the second floor: 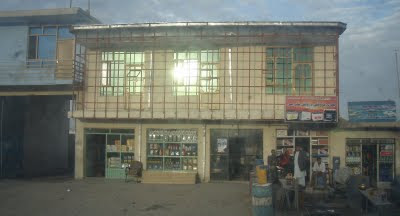 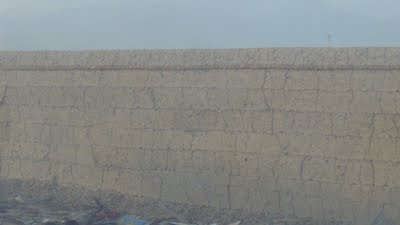 Scrounging; there's enough stuff thrown away by coalition forces that it's probably well worth the time:

It it goes up in flames, nobody's got the stuff to put it out:

Posted by MauserMedic at 5:18 AM No comments: 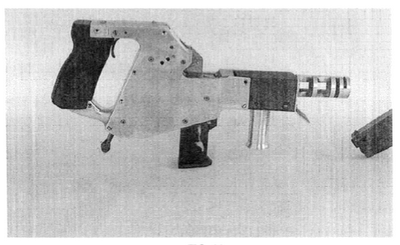 It’s better to live higher; less air pollution, and less…stuff washing down hill in the rain. 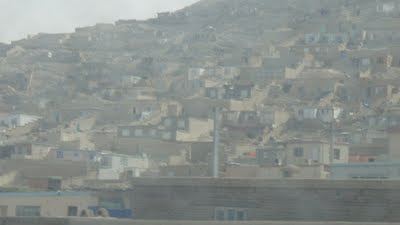 Just because your house is made out of earth doesn’t mean you can’t have a sweet door. 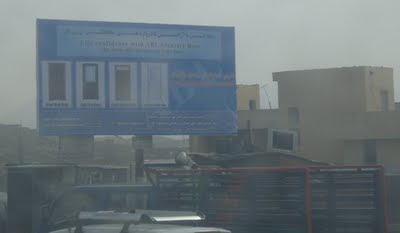 Welcome to the mall. No parking in the trash piles. 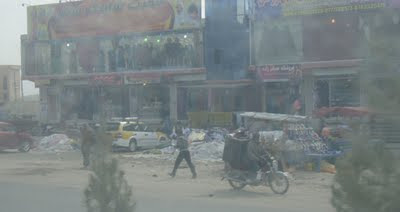 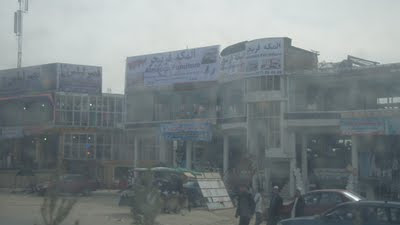 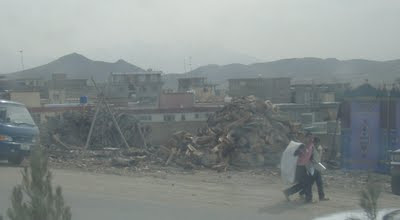 Posted by MauserMedic at 5:06 AM 2 comments:

Captain Libya, Defender of the Sands 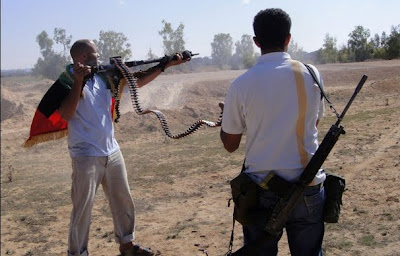 Of course, this picture had the following immediately above it as the headline:


Good to see there's still some editors with senses of humor out there.
Posted by MauserMedic at 4:42 AM 1 comment:

Another, less developed part of Kabul: 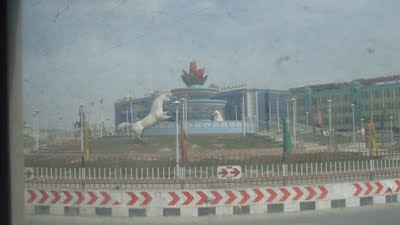 The local version of Home Depot: 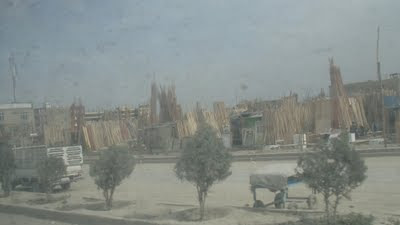 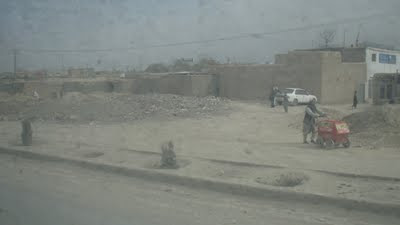 Taking the donkey out for a spin; the kids in this neighborhood a fully informed on a variety of hand gestures that would get them a swift kick in the ass from several ISAF contingents. 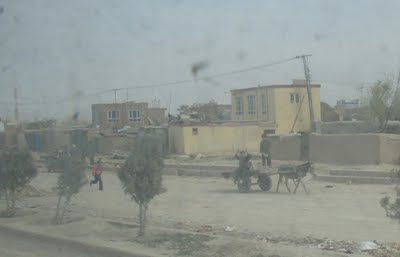 A vendor’s cart outside a living area. 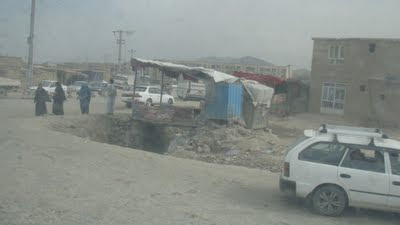 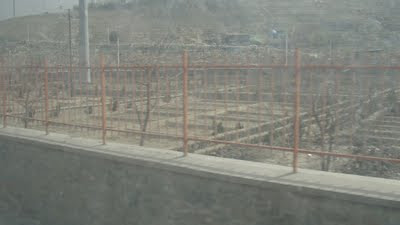 Posted by MauserMedic at 4:55 AM No comments:

A series of images taken from an MRAP in Kabul. Through a very dirty, thick window. These are the most modern buildings I’ve seen going through it.

Don’t know what this complex is, but it reminds me of some of the malls I’ve seen back in the US. 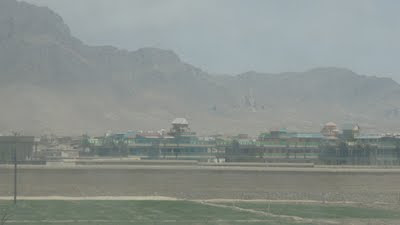 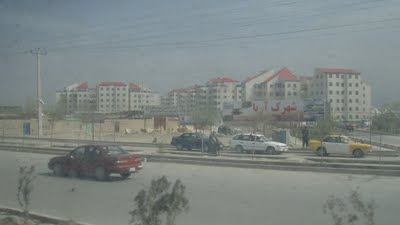 Wedding halls. According to one of the interpreters here, these are where the rich and stylish go. 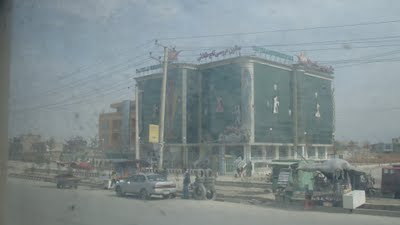 Apparently there’s two parties: the engagement announcement, and the wedding. Several hundred guests are the bare minimum, although the ‘terp says 800 or more aren’t uncommon for wealthier families. 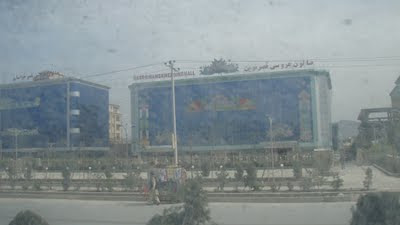 Posted by MauserMedic at 4:40 AM 3 comments:

A series of photos taken in a pass in between Jalalabad and Kabul. Several factors made this an interesting ride: 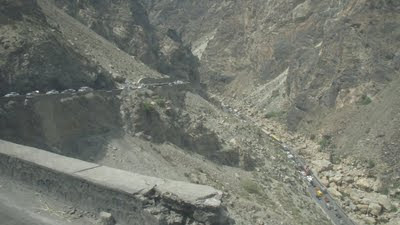 The road is set for one direction of travel for a number of hours. 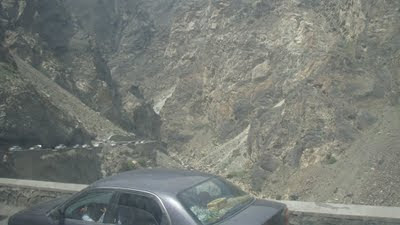 The guard rail is made of mortared stone at the edge of the road, and there isn’t a shoulder. Just a couple hundred meters of steep slope. 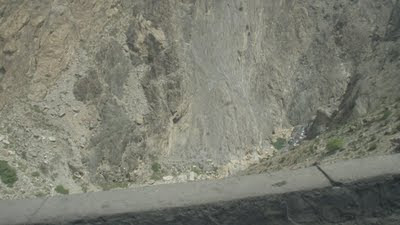 Occasionally people with AKs, DShKs, and RPGs enjoyed shooting down onto your vehicle. Watching for them keeps things interesting. 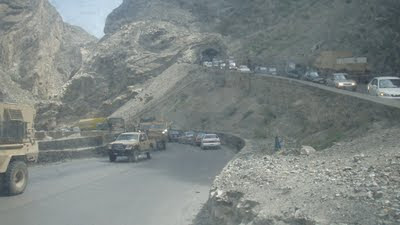 Sections of road and “guard rail” that have slid down the mountain. 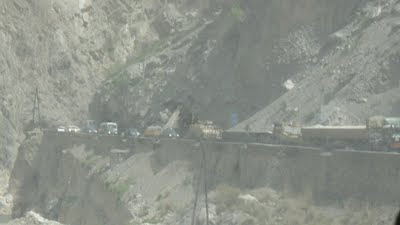 Falling boulders.
Posted by MauserMedic at 4:31 AM No comments: 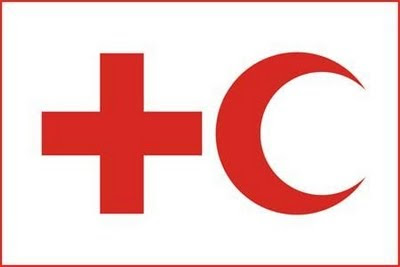 Yesterday I finally got over to the ANA side of the post, which is a major pain if you don't have duties there. Went to help drop off a piece of office furniture at the medical company, ended up staying an hour drinking multiple small cups of tea while we discussed through an interpreter why the female medic hadn't had several children yet, how to manage equitable attention amongst four wives, how the whole ANA medical company doesn't have access to even basic hand tools, and kicking out the Soviet Army in the '80s.

This was followed by an emotional demand by another unit's Solder to disarm her roommate, as she's convinced she's a psych case. Which led to an extended conversation on what you can and can't do, the purpose of documentation, what the chain of command is for, and why doctors don't sneak up on people in the barracks to do mental evals by force without documented cause.

Followed by a Soldier with a bad shoulder, who is convinced all the muscles are torn, although he has full range of motion, even if it is crunchy when he moves it. But his wife is a massage therapist, and she says his shoulder is "not lined up right", so why can't the doctors fix it? So drugs and therapy it is. Except he returned half an hour later to report someone had gone into his room, and stolen all his documentation of his shoulder injuries, as well as his prescription orders. Man, those local contracters are getting sneaky just stealing the good parts of the medical records.

Followed by a 2230 surprise visit by an ANA soldier with three gunshot wounds. He'll live, but he won't be sitting in any chairs for a while.
Posted by MauserMedic at 11:42 PM 2 comments:

Posted by MauserMedic at 9:05 AM 4 comments: 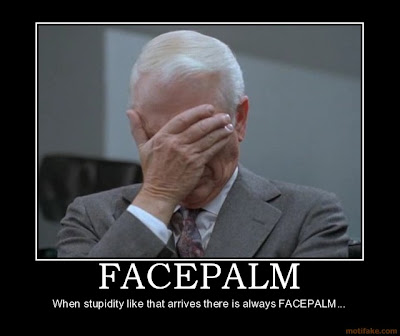 Things that got my attention today:

The sergeant who thought it would be really neat to push a dead scorpion into a bottle, until he found out it wasn't dead (near miss).

The local national translator who was baffled by the fact that I wouldn't hand over Cipro anti-biotic pills so that he could take them prophylactically before he goes out to eat in the local village. There's a reason why antibiotics become ineffective, and taking two whenever you feel like it is one of them.

The third-world contractor who has diabetes, but is convinced it's due to evil spirits.

Love this place.
Posted by MauserMedic at 9:45 AM No comments: