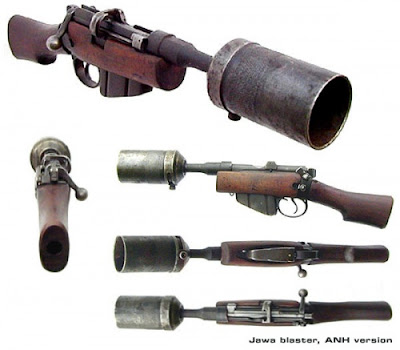 Posted by MauserMedic at 6:04 PM 2 comments: 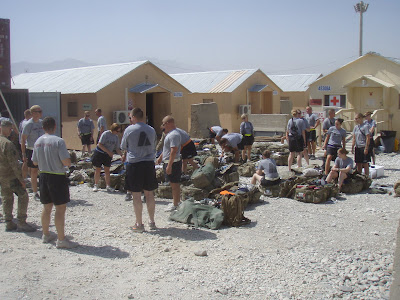 (Above, waiting for a customs inspection before leaving Bagram)
Over the past few days, there's been a lot of it. When you have several hundred troops going through briefings and signing off on paperwork, it takes time. We've had briefings on readjustment to civilian environments, being around family, benefits, emotional states, and motorcycle safety, as well as several others that have blurred into one long memory of sitting a room for hours trying to stay awake thanks to subject matter and jet lag. The high-speed OCP camouflage gear has been turned in, with the hated body armor being the least missed. Now, all that remains is signing of the DD214s, and a bus ride to the final formation.

This is the third time I've demobilized the Ft McCoy, WI. I can say that the staff of civilian employees handling the process here has consistently gotten more efficient each time, and managed to be friendly and helpful every time. Sadly, the demob process will be shifting to Camp Shelby, MS in the near future. I can't say I know anything about how friendly and efficient their staff will be, but I do know what it's like to be there in August, and I don't envy anyone that. 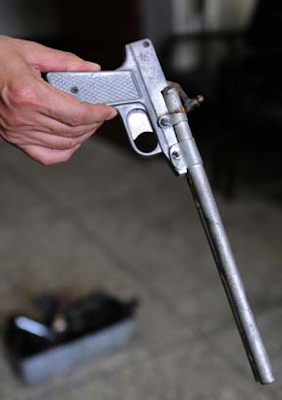 It doesn't seem like a week since I posted something on here. Probably due to moving from Bagram to Kyrgyzstan to Germany to Wisconsin. There's nothing like spending the better part of 19 hours on a plane to put you in a homicidal frame of mind, especially when the last crew rotation gets you several stewardesses who obviously feel their job is a pain in the ass. Thankfully that was the shortest leg of the trip, with the others having outstanding crews. Now to make it through a series of briefings on PTSD, and how to "adjust to the civilian world". Guns, bikes, and beer, duh. What's hard about that?

Plus, a big thank you to the volunteers who do the deployment "welcome home line" coming off the plane in Bangor, Maine. That group was there at 0300 in the AM when I came back from Iraq in 2004, and they're still at it, making sure troops are getting access to cell phones to call home, coffee, and small oddly dressed dogs as soon as they get off the plane in the US. They're good people.
Posted by MauserMedic at 7:20 PM 4 comments:

Today's Type 53 Bubba Gun (anyone know if there's a chinese equivalent for "Bubba"?) brought to you from a large circus tent full of bunkbeds on Bagram Air Fieldcourtesy of IO Global internet services, whose marketing slogans should be:

"If it sucks to be where you are, that's where we are"

"Internet service that works all of the time, fifty percent of the time"

I'll admit I got spoiled in Iraq back in '03. Having a head cook who works for General Dynamics outside the Guard not only set up a custom intranet for your company, but who also gets you a direct link to a contractor's satellite uplink through trading on an exceptional ability to make hooch from excess fruit got me on one of the fastest nets I've seen outside the US. Here, uploading a single image takes up to 30 minutes. 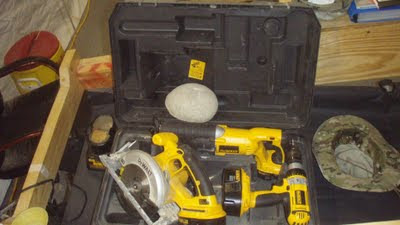 The army will provide you with tool kits. It just has a hard time keeping up with the knuckleheads who keep breaking or losing parts. Here we a very nice DeWalt battery powered set. Unfortunately, we don’t have:

Wait, the last one is wrong. We do have a Mark I Afghan hammer, AKA, a big rock. Not worth a damn for pulling nails, but you can really slam them in once you’ve got your technique down.

Posted by MauserMedic at 6:28 AM No comments: 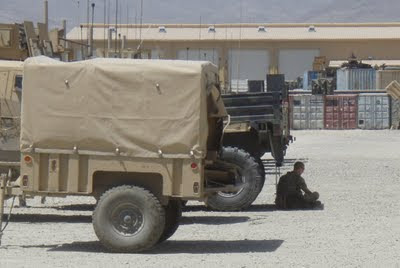 There are no trees on the American portion of the post. In fact, there are no plants taller than two feet, and there's less than five of those. 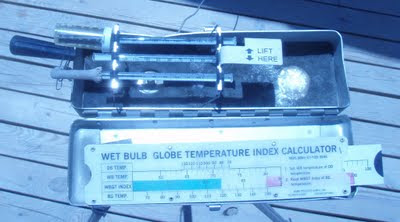 It will get to 124 degrees in the shade. I know this because I'm one of the two people who gets to go out every hour to check the "Heat Cat" with my vintage Wet Bulb device. Embiggen image for directions to figure out if you're hot or not according the giant wall chart below: 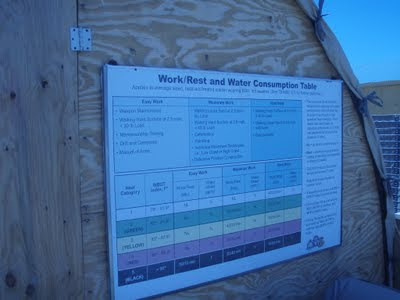 Gamberi lies adjacent to the Silk Road once used to bring silk, spices, jewels, and other goodies my barely out of the caves forbears in Europe used to treasure. In fact, the route (one of them) is at the base of the mountain over the security wall below:

And last; this same view gives you an unimpeded sonic pathway to the ANA's intermittent, unannounced demolition of various arms and explosives.

Posted by MauserMedic at 6:02 AM No comments:

Have you ever wondered.....

what Jalalabad looks like from a helicopter? Neither have I, but here are some images anyway. 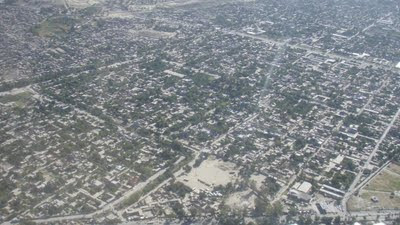 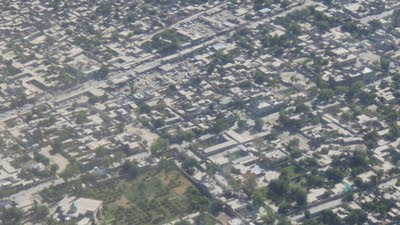 other than all the roofs being flat ( live in the northern US, and you'll understand why that seems odd to some of us); 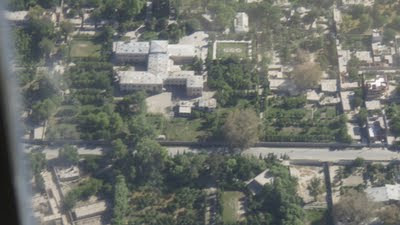 not much activity down there at two in the afternoon, but I guess being 120 degrees will slow things down a bit; 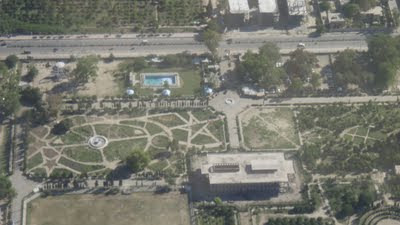 Jackpot! The one and only open -air pool in eastern Afghanistan. No pools for the troops, but the chlorine content in the showers simulates it fairly well.
Posted by MauserMedic at 9:58 PM No comments: 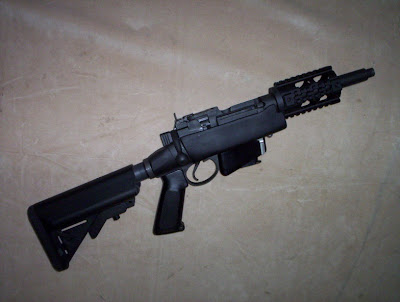 Posted by MauserMedic at 3:04 AM 4 comments:

Neat, and No Thanks 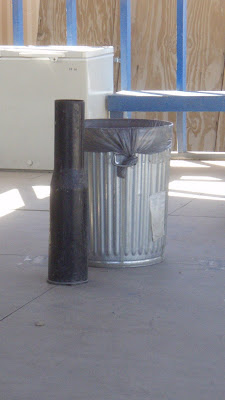 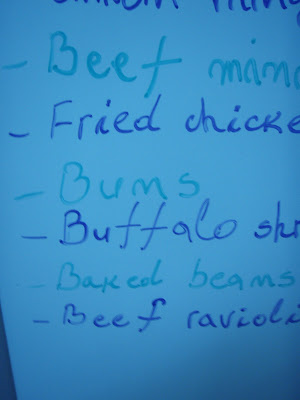 Tomorrow, Soylent Green Soup made from the leftovers.

Posted by MauserMedic at 2:31 AM No comments:

A Brief look at the Office 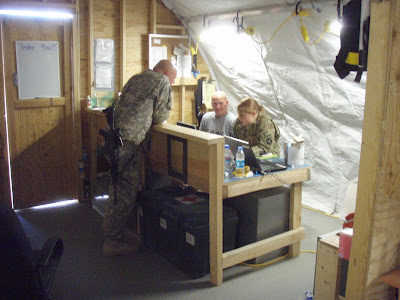 Reception desk. When you enter our clinic, you know it's top grade! Or you might think you're in the Home Depot lumber yard. Whichever. 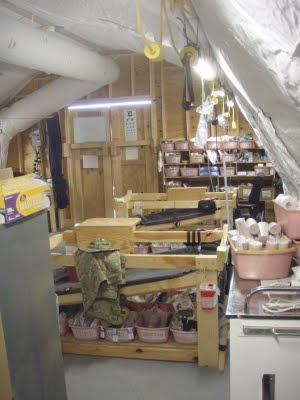 The soothing enclosure of rounded plastic. It's sort of like being inside a giant garbage bag when the wind picks up. But it does actually stay cooler than the last plywood Aid Station I was in. 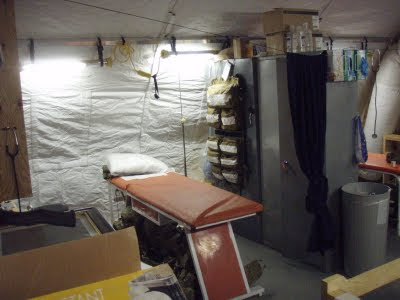 Only the finest Made In Pakistan exam tables for us. Seriously. Watch out the for razor sharp edges on several spots. 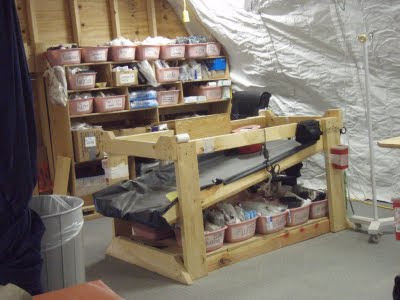 A locally made trauma table- pt comes in on a litter, litter goes on frame, start treating. One of the best ideas I've seen while in theater, and they've been used. Wall O' Medical Stuff seen behind. 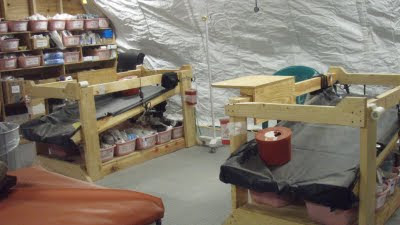 The other trauma table. Sadly, they've both been used for a mass casualty event shortly before I arrived here.

Aside from sarcasm, this has been an excellent Aid Station set up, and it's provided good service to the soldier, interpreters, and contractors. I just handed over the keys to my replacements today, and I'll getting ready to ship out soon.

Posted by MauserMedic at 7:58 AM 3 comments: 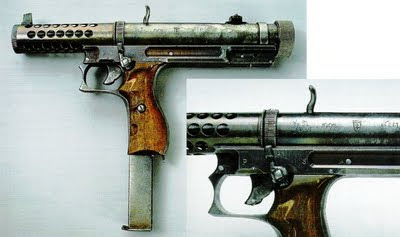 Crude and primitive. I want one.
Posted by MauserMedic at 10:09 AM 4 comments: