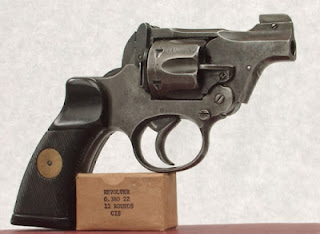 Not that Webleys were objets d'art to start with, but there's something about a snub version that makes it worse. That said, a few Webleys in .455 are on the wish list.
Posted by MauserMedic at 4:26 PM 6 comments: 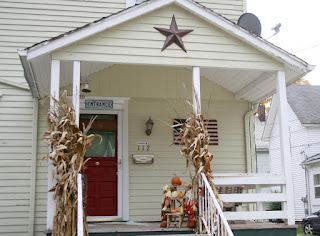 that must seem utterly irrational to a large segment of the population Which is disappointing. I thought the outcome rather appropriate.

My comments on the matter:

1) If someone has forcibly entered my house, they've established their disregard for the law in breaking and entering.

3) My life and the lives of others have value to me; I will not risk them on behalf of someone who has displayed malicious intent, and has chosen to place himself at risk for illegal and unethical gain at a cost to me and mine.

4) Some people are malicious, and no amount of hand-wringing and happy thoughts changes the fact that there will always be individuals who regard other people as things to be used and thrown away. I have no regrets when these people come to a bad end, as it's a lesser evil compared to what they would go on to do to others if not stopped.

One has to wonder, what kind of dysfunctional mental process is going on where a family doesn't really mind one of their own being a chancre on society's body, but has idea that they should confront the individuals who were wronged? These are the type of people that you definitely don't want to be near when civil order isn't being actively enforced.

H/t to Days of Our Trailers, who seems to have the same opinion on this matter.
Posted by MauserMedic at 5:52 AM 2 comments: 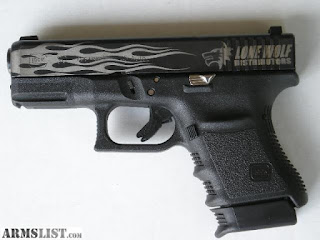 Posted by MauserMedic at 3:45 AM 2 comments: 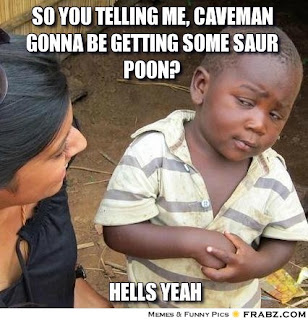 It is immensely difficult to sit through a presentation in which a major medical equipment manufacturer is attempting to sell a piece of medical equipment, costing around 1.5 million dollars installed, when said vendor continually refers to testimonials of the equipment's performance by an individual named "Dr. Poon". I've had all of the debate I can take, and I'm switching it off. I loathe Obama. The mere sound of him speaking sickens me. And that's when he's not actively lying. I'd even vote for John McCain compared  to Obama, and I think John McCain is a self-centered, egotistical, pompous old hack who hasn't done anything worthwhile since 1975. Romney isn't my ideal candidate, but he's way ahead of the ass occupying the White House currently, and he's probably not overly enamored with trying to turn the US into a giant version of Venezuela.

Posted by MauserMedic at 7:02 PM 2 comments: 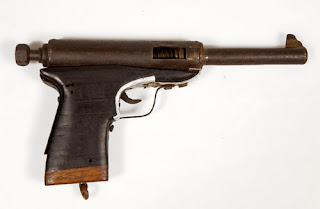 I'm fairly confident I have everything in my basement that I would need to make one of these in a weekend, excepting a rifled barrel, and I'm not a machinist.

Also, as I sit writing this, there is an arrogant crow strutting back and forth in my rural backyard at almost the exact distance my benchrest Winchester 52B is sighted in at. Sadly, I believe there's a season for them in NC, I don't have a hunting license and I'd rather not have a visit from the local DNR. This must be what it feels like for a cat watching from behind a window located next to a bird feeder.
Posted by MauserMedic at 9:30 AM 2 comments: 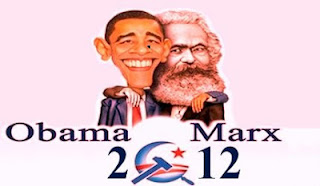 Went for an hour-plus, random-direction ride on the bike this afternoon. Saw lots of local election yard signs, several Romney/Ryan signs, and not one Obama sign. I'm starting to wonder if anyone would even admit to voting for him the last time.
Posted by MauserMedic at 8:06 PM 4 comments: 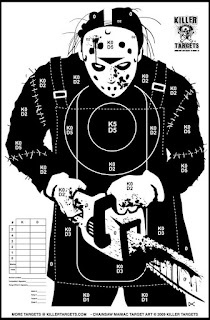 Got the day off today, which means I should finish the current house project: Fitting a modern refrigerator under cabinetry designed to fit the fridges a la 1961. Which were apparently four inches shorter than today's models. Making this less unpleasant than it might be otherwise, the cabinetry is the original pine installed in '61, with at least three coats of paint on it. All of which had been applied after the hinges were mounted. I hope, in year or two, to use it as bonfire material. Also making it less unpleasant was The Wife reminding me that I own a Sawzall, when I was thinking aloud how long it would take to cut the cabinetry by hand. Given that I'd normally used it to lop off tree limbs and cut pipe, it hadn't occurred to me to use it as a woodworking tool. I now know that a 6" metal cutting blade on a speed setting of 2 out of 10 lets one follow the pencil lines quite nicely, and will take the bottom off a mounted cabinet in less than five minutes. Today's project: Chopping four inches of the cabinet doors, routing the new edge, and moving the lower hinges. If it weren't for the rain coming down, I'd really be irritated I'm doing this instead of riding my bike...... (side note; I think I'd like a set of those targets.)
Posted by MauserMedic at 6:48 AM No comments: 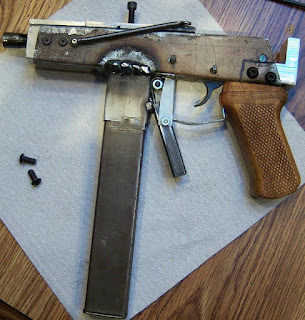 An illustration that if one understands the overall concept, and has enough drive, the basic object can be constructed. Fit and finish are nice, but the ability to make a tool that will enable you to acquire a nicer, more reliable tool is more important.
Posted by MauserMedic at 5:44 AM 4 comments: