A lot of travel in Afghanistan is done by air when possible. Simply put, the roads often aren't worthy of the name, and the danger of ground travel usually exceeds air travel. So on my recent return home on R&R, I was able to hitch a ride on a UH-60 (Blackhawk) helicopter. This gave me a chance to see a little of the portion of Kabul our post was located in. Prior to this, I had done some reading regarding Afghanistan and Kabul. One of the interesting things I'd retained is that after the Soviets left and squabbling over Kabul began, over half of Kabul was destroyed, primarily through rocket and artillery fire (as in the image above). Prior to this, many Afghans moved from rural areas to Kabul to escape the Soviet-Taliban battles. Now, being reasonably intelligent, a large portion of the populace fled to Pakistan and further parts of the world to escape this new devastation.

When the Taliban was largely displaced after 2001, people began returning to Kabul. In fact, far more people than had ever lived there before. Some estimates place 2.8 million people in Kabul in 2008, with probably more now. Which meant the Afghan version of a construction boom. Seen from a Blackhawk, here's what it looks like: 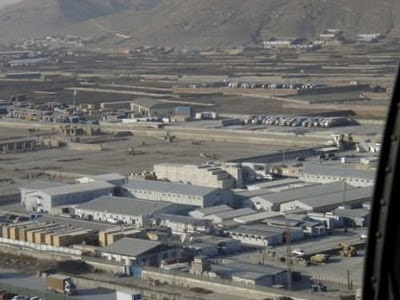 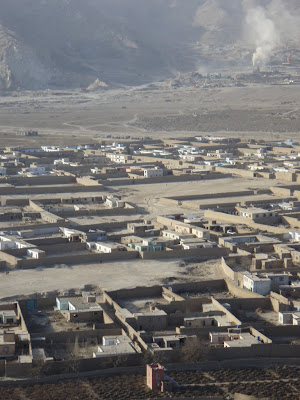 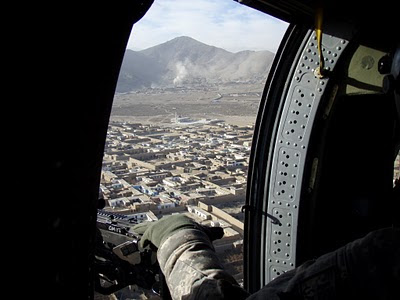 This what urban sprawl looks like in the Third World. I started being grateful for what I had when I was considered poor in the US back in the '90s after a medical mission in Guatemala. Every deployment since then has only reinforced that.
Posted by MauserMedic at 8:08 AM