And Your Lithium Is Where? 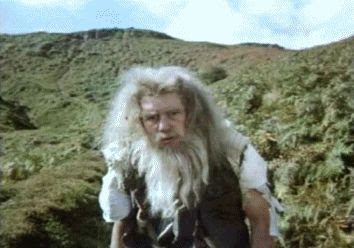 The Wife and I were visited by the Spirit of '80s Survivalism Past last night. Or maybe just an old guy with a fetish for looking like Robert E. Lee and owning Boston Terriers. None the less, while we enjoyed Jack Daniels and rum (not in the same container) around the campfire, we were treated to a monologue of rare form. First were the hints of a dark past, supporting the Special Forces in Vietnam. Then the move into Black Ops communications support for the thirty years after that. Then the hinting of relationships with top men in the Pentagon, many of whom own the "at least 150 survival camps" within fifty miles of where we're camping right now. Several of whom have told Mr. Terrier that it's time to hunker down, with three to six months of grain, ammo, etc. Because the Fed's are planning to only support the major cities when things go down. But only long enough to get the Federal Banking cash out of those cities using the military to force their way through, so they can retreat to their Federal strongholds out in the rural areas, where they'll hold off the hordes of cannibal voters until things have settled down, and they can resume control.

OK, I exaggerated. He didn't use the word cannibal.


(Note: I, for one, wouldn't be surprised to see things go all London-ish in several major cities over the next few years, especially if His Royal Highness the POTUS loses the upcoming election. But this fella had the whole ball of craziness going on.)
Posted by MauserMedic at 1:50 PM

Are you sure that's not a picture of Monty Python's Michael Palin as the "It's...Man?" I'd swear it looks just like him.

It is indeed. I couldn't find an image of Robert E. Lee with Crazy Eyes (he looked dignified in everything), and the individual in question wasn't the sort to just have random images taken of him The MP image gives the feel of what was going on if the rest of him matched the eyes....

THAT sounded like quite the evening around the campfire to me. :)